When Shane Greenly left his home in Casper Mountain, Wy, he was leaving more than just the closet. He needed a fresh start to pursue his dream of running a dog training ranch without having to deny who he really is.
Meeting Alex was one of the best things that could have happened to Shane. They were at the beginning of a wonderful relationship when the unthinkable happened and Shane had to leave. The consequences of his past mistakes could not be hidden any longer. 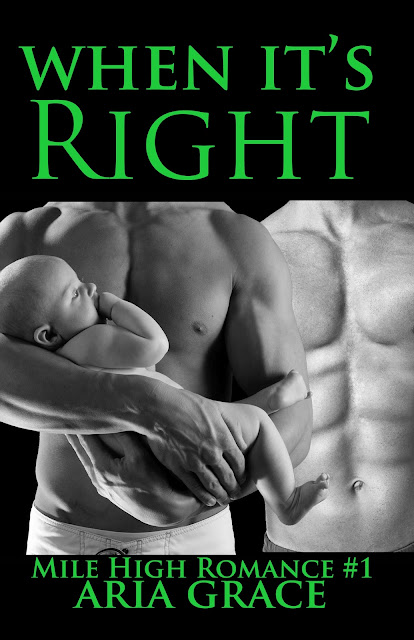 “once again Aria has blown me away with another great book! “ ~5 Star Review (by Amy Hertzog on Amazon)

“If you love a good M/M book that is well-written, precise, and adventurous – this book is for you. Two thumbs up and 5 stars!" ~5 Star Review (by Ricky M. Hansen Jr. on Amazon)

“It is a heartwarming story that leaves the reader knowing that things really can work out for the best, and love truly does prevail.” ~5 Star Review (by wtcdean on Amazon)

Finally looking at the texts that came in throughout the day, I see one from Steph from early this morning.
Looks like you’ve been replaced
There is a photo attached of Shane on the lawn with Stormy. She is trying to grab something from behind his back and he’s laughing. He has a perfect smile. Seeing him so happy warms my heart. His dark eyes are so sexy and he looks damn good on my lawn, with my dog and… in my shirt. That is my shirt, right? I can feel little Alex starting to twitch just thinking about how that happened. He fills it out better than I do.
I wore that on Thursday. Why would he put on my dirty shirt? I know why I would put on a guy’s dirty shirt but that couldn’t be his reason… Well, maybe I was wrong about that country boy.
Pulling a couple bottles from the mini bar, I lie back on the bed debating whether to call him or not. I empty the small whisky bottle into a can of Coke that was only half full and grab my phone. He’s wearing my shirt for god’s sake. A straight guy wouldn’t do that.
Before I lose my nerve, I thumb out a quick text to Shane.
I see you met Stephanie.
Not two minutes later, I get a response.
Yeah. She seems nice.
Nice, hunh? That doesn’t give me much. I’ll have to go the more direct route.
She is nice. And single. She’d come over if you called her. She probably even has a hot girlfriend 4 a one nighter if you’re looking 4 something casual.
No way for him to be vague about that. If he responds, I should have my answer.
Thanks but not really my style. LOL
Damn, he’s good.
Which part? The hot girlfriend or the one nighter.
Please say girls, please say girls, please say girls.
Both.
Thank you, sweet baby Jesus!
I guess we have more in common than a love of dogs.
Okay. That was lame. I need another drink. Opening up a bottle of vodka, I drink the shot straight. Just enough to warm me up. It’s been several minutes so I might have spooked him. I try him again.
Is this a bad time?
No. Just took Stormy out one more time and now we’re in bed.
Oops. Forgot to ask about my dog. The whole reason he’s at my house. What a bad daddy I am! Ah well, all the more reason to find her a new daddy. Whoa, I think I feel those shots already.
So are you seeing anyone right now?
No. Very single.
Maybe we can get a drink sometime next week?
Sounds good.
So you’re in bed now? In my bed?
LOL. Yes.
Me too.
Is trying to sext too trashy for our first flirt session? I’m gonna have to assume yes so I’ll let the poor boy go. As hard as it is to do it. And as hard as I am for him.
I’ll let you get comfortable and go to sleep.
OK. Good night Alex.
Good night Shane. BTW, you look fucking hot in my shirt.
Okay, I couldn’t resist that last part. 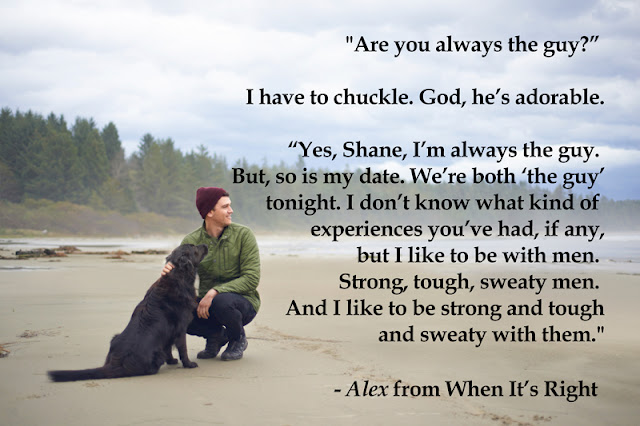 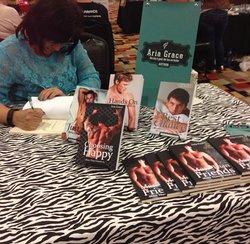 Born and raised in beautiful California, Aria enjoys the year round sunshine and laid back environment of the west coast. Her career started out in tech writing and web development and has evolved into all things marketing with fingers in everything related to book publishing.  She lives with her husband and two children and more pets than she can keep track of. Despite her crazy schedule, she loves the time she carves out to read and write. Whether it's on the beach or on the couch at 2am, she is a woman obsessed! She loves to hear from readers so please feel free to drop her a note or visit her at www.ariagracebooks.com. If you'd like to know when Aria's next book is coming out or where she'll be signing, join her mailing list at: http://bit.ly/AriaGraceFanList 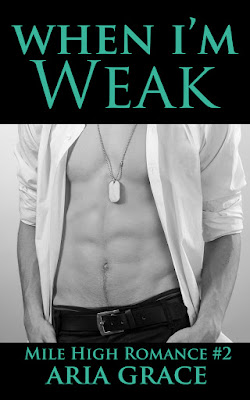 Jamie presents a flamboyant and slutty attitude to the world because he's been hurt before. Even though it's mostly an act, he hides behind his persona to keep people at arm's length. With only a small group of trusted friends, he's vowed to never allow a man to have power over him again. Power to hurt him. Power to take away his freedom. Power to label him as a predator for the rest of his life.
Reed and his sister run a home preschool for toddlers. His focus is on getting credentialed so he can take some of the burden from Abby. He doesn't have time for friends, much less a lover, but when he meets Jamie, he recognizes something in the man that makes him want to get closer.
Unfortunately, Jamie's past prevents him from truly integrating into Reed's future. It's not just a matter of the heart. It's a matter of the law.

Posted by Kyan Christopher at 5:55 PM